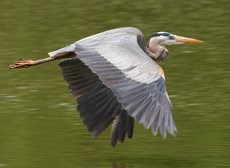 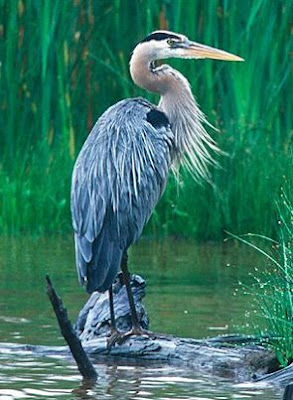 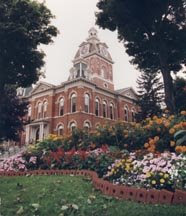 Well it has been a great week to be traveling around northeast Indiana. Now I know we are not exotic. We don’t have oceans, deserts, rain forests or mountains. Still, we are not chopped liver! We have so many rivers, slow, low hills, and farms of many sorts. We have diversity, Hispanic towns, migrant’s settlements, refugee relocation and we have Amish. We also have wildlife. Now we don’t have roaming buffalo or elk, we don’t have mountain lion but we have some cool stuff. Red fox (saw one a couple of years ago by one of our golf courses), deer (way too many), hawks, eagles, muskrats, Canada Geese, ground hogs, owls, I even saw a flying squirrel at Fox Island a couple of years ago. Still, my favorite is the Blue Heron and I will get to them in a bit.

I had to drive to Lagrange Indiana. One of our students is doing her clinical rotations at Northeastern Center. I was there for a review of her performance. Of course she is doing great. However I had a great opportunity to drive in the country in late summer.

The sky was brilliant, deep blue with mountains of fluffy clouds. I saw a few hawks, blue jays and cardinals. Beyond Kendallville the land turns in to low rolling hills. Nothing spectacular, just nice. The corn was high, there were fields of flowers. I drove past Rome City, a few smaller towns and lakes. The area was spotted with country churches, farms and Amish. I am use to seeing Amish in their various wagons and buggies but this day I saw an Amish family riding bikes, Americana at its best!

I love Lagrange. It is ten miles from the Michigan border. It is close to my favorite day trip destination, Goshen. It is near Mishawaka and South Bend. It has old stores, a couple of part time museums and quaint cafes. I can’t wait to go back in the fall.

Later in the week the weather and beauty continued. I was walking my dog on the east bank of Headwaters Park by the Maumee River and there was a heron in front of us. The next day we were walking in the Japanese Gardens of Sweeney Park. As we crossed the bridge to our left was a heron standing in the creek. It looked at us, lifted off and flew down the creek where it landed next to another heron. I turned to the right side of the bridge and another heron lifted up, flew over us twice cawing at us and then flew away. They look like pterodactyls when they are in the air!

Finally the next day we were walking on the east side of Headwaters Park along the St. Mary’s River and came almost face-to-face with yet another heron. We were at eye level. It slowly lifted off, flew to the other side of the bank where it was surrounded by a field of purple morning glories and quietly watched us. These are supposed to be difficult birds to site but clearly they are easy to find in Fort Wayne. We have a pair on our campus. There is another one at Tillman Park.

Yep, the skies are blue, the land is bountiful, and creation is everywhere. It is a good time, a very good time, to be wandering around in northeast Indiana.


Heron Eats Catfish
Posted by Unknown at 6:54 AM