Emmaus Ministries, Uptown and the Spirit 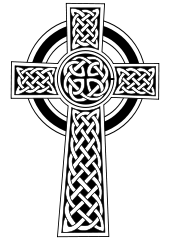 I drove to Chicago on Friday right after my morning class. I had an interview with Emmaus Ministries. I am working on an M.A. in Theology and I need to do a graduate project. Emmaus Ministries is very appealing to me. It is ecumenical, started by a Catholic Permanent Deacon but includes workers of every denomination. It is an agency that has community, both folks who live in community and a social center for clients and staff to be in community. I like that a lot.

Emmaus Ministries is an urban ministry to homeless male prostitutes. The community center is a safe place for the guys to go to use laundry facilities, shower, get something to eat and talk with staff. There are also groups. Another service is the out reach program. Volunteers and staff go out in pairs from 10 PM to 3 AM and meet the guys on the street. They don’t try to stop them, arrest them or embarrass them. They simply make contact, inform them of the services available to them, they build relationships.

This is not some homophobic group. This is not some conditional group, “become hetro or we won’t help you.” This is a ministry that loves you where you are and if you don’t move, don’t change, you’re still loved and cared for.

I had two interviews and then I spent the afternoon and evening with the Kaio Community. These are the volunteers that live and work together. They have dedicated a year of service, community and prayer. I will be living with them and they are awesome.

The Community Center also has a chapel/group room. It is this large room with art and icons representing a multitude of Christian religious traditions. I can’t wait to be in there.

Emmaus Ministries is in Uptown on Wilson Avenue. It is two doors down from where I first began working in mental health. Across the street is an old nursing home that has been converted into a commune for Jesus People U.S.A., I know I will visit them. Down the street is the American Indian Center, it is a cultural and clinical program for urban Native Americans. I will also get a tour of their facility.

Uptown was an unusual place when I worked there. It was the drop off center for psychiatric hospitals. In an 8 mile radius there were 21,000 to 28,000 schizophrenics. The neighborhood had been the original Hollywood. When the industry moved to California the hotels went vacant. During the late 50s and 60s the hotels were turned into Intermediate Care Facilities. It was not unusual to see people talking to the clouds, praying in the middle of the street or wandering. Today the neighborhood has changed. Property value has gone up, the population has changed. When I was there it was mentally ill, Hmong, Appalachians, African-Americans and international students. Today there are more middle class folks and a lot more Africans. It is busy and exciting.

A cornerstone of the community remains the Uptown Baptist Church. When I worked at the Hazel-Wilson Home I worked with Jim Larson, he is my friend, along with his wife Judy, who minister to young girls in the sex slave trade in Thailand. Jim became the music minister of the Uptown Baptist Church before moving to Thailand. The church represents the neighborhood, it has services in multiple languages.

I spent the night at Emmaus staying with the folks that make up the Kaio community. I slept in the living room on a sofa. There was a giant Celtic Cross painted on the wall. I awoke in the middle of the night, looked up and realized I was at the foot of the Cross, I smiled and and thought, "I wonder if I should do this, if I only had a sign!" I plan on learning a lot, contributing and growing. I also plan on being a religious tourist, of going to as many diverse Churches as possible. I can’t wait.
Posted by Unknown at 7:23 PM