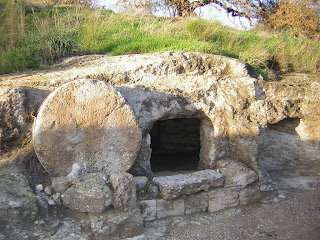 Happy Easter! Last night I participated in the Easter Vigil Mass at the Cathedral of the Immaculate Conception in Fort Wayne Indiana. It is a beautiful place to worship. The music was breath-taking, the setting stunning. However, clearly it was the Easter message that made the time with fellow parishioners meaningful. It was the message of the Risen Lord that gives the year and our very existence meaning.

Four Easters ago I became a Catholic in this church. I went through RCIA with my middle daughter. I spoke with her earlier in the day, our schedules did not match or she would have joined me in worship. My youngest daughter did join me. Last fall she was baptized and is a member of the Disciples of Christ Church. I was pleased that she enjoyed this service.

Among the parishioners were so many people I now consider friends. There was Rosie, a student who went to Workfest 2009 in KY with me just last month. Her father was one of the lectors, he was extraordinary. There were the sisters from USF, to my side sat my academic advisor and his family. Throughout the aisles were friends and people I now consider part of my family as we are now brothers and sisters.
The baptized seemed especially joyful and why shouldn’t they be! One member took a longer route and spent two eras in RCIA, a struggle to decide is a good thing!

So the first video I choose for today’s site is an Orthodox song, we are ONE body. The second is a brief documentary on a modern hero of mine, Father Ho Lung, the founder of Missionaries of the Poor. His story is the story of the fruits of a life of conversions.