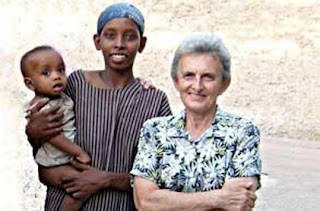 Today has been a bad day for those who need structure and rules. Pirates have been an increasingly interfering force in the world. Pirates based in Somalia and also in the Indian Ocean have attacked private boats and ships and of late have been taking over commercial vessels. Today a chemical ship from Turkey was seized off the coast of Yemen.

Pirates are hardly the only challenge to world order. Today forces (perhaps individuals or gangs would be a better term) from Somalia crossed over into Kenya and abducted two nuns. It is not clear who did this, what the purpose was or if it was even a religious statement. The easy guess would be it was Islamic extremists attacking “Western” Christianity. However, it would not be surprising to find out it was outlaws simply trying to kidnap Westerners so they could then demand a ransom.

At this time it does not appear that Kenya is over-reacting. The governor of the province in Somalia appears to be cooperating. It is difficult to work with a nation that really has had no effective central government for over a decade. Additionally, it will be difficult to get other nations involved (if that would be desirable) simply because of all of the other pressing needs on the continent. Between an escalating and brutal civil war in the Democratic Republic of Congo and the genocide in Sudan this latest incident between Somali and Kenya may appear to be a rather small problem.

The real problem, the bigger problem, is the devolving respect for human rights around the world. This should not been seen as only a problem for developing nations, the quiet of Christians and other peoples of faith is deafening. Let us pray for the safe return of the two sisters, we hardly need more martyrs.
Posted by Unknown at 8:04 PM