Martin, Margo and Me 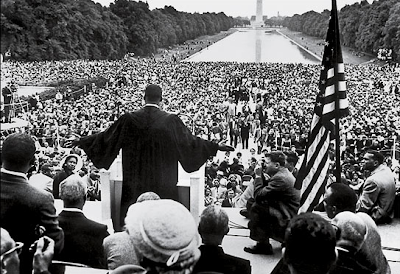 Martin Luther King, Jr. Day was a big event for the entire nation. It was a wonderful opportunity to reflect on where we had been, where we were, and what we had accomplished. It was hard not to think about changes, lost opportunities, enduring struggles. It was a time to take a break and feel proud f ourselves.

For me it was a time to think about my mother-in-law. She had been involved in the Civil Rights Movement in Chicago since the 60s. She had an FBI file on her because she belonged to a radical group, a group that met at the YWCA and advocated for integration. Back then the FBI and the Chicago Red Squad had files for everything. It was not all that different from today!

My mother-in-law advocated for equality when it was difficult to do so for a white person. My wife remembers as a kid her friends saying some unflattering things about Margaret because of her willingness to stand up against prejudice. My wife was a kid then and responded the way many people do when their mother is insulted, she slapped them. As time went by Chicago still was not an easy place for folks to get along with each other. It was a city visibly divided. I was chased off a bus and down the street for wearing a Harold Washington button. My brother-in-law was beat up for wearing a Harold Washington button. And this week we inaugurate an African-American from Chicago. That is change, that feels good, that is not a little thing.

And so, I know the world will be watching Obama and his family, they should be. The nation is busy honoring the memory of Martin Luther King and we should be. However, I will also spend a lot of this week thinking about Margaret. I will be thinking about how she took my wife to a Joan Baez concert and they listened to “We Shall Overcome”, how she stood up for others when it took guts and had consequences. I will be thinking about Margaret and missing her. Thank you Margo for making the world a little bit better.


Joan Baez - We shall overcome
Posted by Unknown at 5:19 PM