The Year of Africa and of Peace and Justice 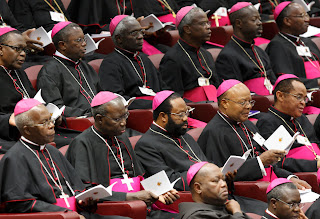 It is also land cursed with disease. 3000 children die each day from malaria. 90% of the malaria cases in the world are in Africa. Over 17 million people in sub-Saharan Africa have died of AIDS. The World Health Organization states that while Africa accounts for 12% of the world’s population it accounts for 60% of the AIDS cases in the world. Add to this the rising cases of T.B., river blindness, leprosy , polio, and measles and you begin to see some of the harsh challenges the peoples of Africa face.

None of this even addresses decades of civil and ethnic wars, brutal dictatorships and human rights violations. To be sure this does not reflect all countries in Africa. There are governments that were democratically elected. There are countries that contribute to stability in the region and the world.


Faces of the Coptic Church 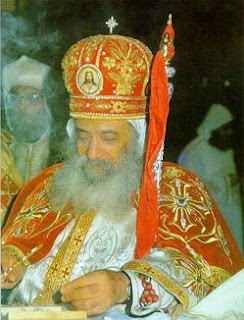 So this year the African bishops met in Rome. They had a synod in the Vatican. They met with the pope. They prayed and they planned to make their homes more peaceful, less corrupt, and fairer in the distribution of resources. 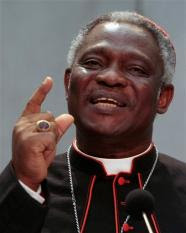 Along with this the pope named Cardinal Peter Turkson of Ghana to head the Vatican's justice and peace office. This is an important and high profile position. The cardinal will address issues of war, torture and human rights violation. He will be a busy man. The bishop was appointed cardinal by Pope John Paul II. He participated in the conclave that elected Pope Benedict XVI. He is viewed as a dynamic, compassionate and intelligent church leader. He speaks six languages and understands Latin and Greek. This skill will serve him well.

The bishops have been busy. They have also recommended dialogue with followers of Islam and African traditional religions. They recommended that each bishop appoint an exorcist to deal with witchcraft which is part of many cultures in Africa. The bishops spoke out against abortion and finally they called for a day for reconciliation every year.

In a land where the faith is vibrant, the challenges staggering and the hope eternal the pope and the bishops have called for Christians to live like Christians. They have called for faith to trump despair and for love to defeat greed. As members of the Universal Church this is not their problem, it is our problem. So let us pray and give what support we can. If we truly believe we are one family than we are in this together.
Posted by Unknown at 6:55 PM