Kodi and Christa and Laura Oh My 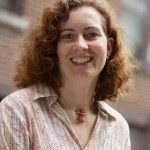 I made a number of friends while in Chicago. For sure the Kaio community was an anchor for me, they were simply fantastic. The M.C. Staff, the office staff and outreach were great. I made new colleagues at Adler and I came into contact with fascinating people all over the city. However, I had one very special friend, Kodi.

Kodi was Christa’s old dog and he was old. He was also loving, smelly, smart, smelly, and had personality to spare. I would visit Kodi every chance I had. He came to work with his companion, Christa and usually sat beside her as she worked. He also roamed the offices and attended staff meetings.


Kodi at a Staff meeting

Now for sure visiting Kodi was an excuse to spend time with Christa and her fellow office worker Laura. Christa Clumper is the Operations Manager and she has a fun name to say. Go ahead, try it! Laura Eppler is the Database Coordinator. These were two bright, well-traveled, attractive and interesting women. They also made my life in Chicago far more interesting. Christa invited Kaio to her house for dinner. It was a great Middle Eastern meal while listening to world music. I also attended an Anglican home vespers service with Christa. Laura invited Kaio over to her house. Again, there was great food and drinks and world music. Laura and Joel also took me to a Taize service in Oak Park and to the Santa Lucia Day Parade in Andersonville.

Now to be honest I would not have needed Kodi around to spend time with these two ladies. However, I am an animal lover and dogs are at the top of that list. Kodi and I became friends during my field study at Emmaus two years ago. Kodi and I had a mutual admiration for one another. We were both always happy to see one another.

Yep, that is clearly the coolest office in Emmaus Ministries!
Posted by Unknown at 7:12 AM

Kodi looks to have some flat-coated retriever in him. Beautiful boy!