The 2010 AFCU Symposium at The City of Faiths 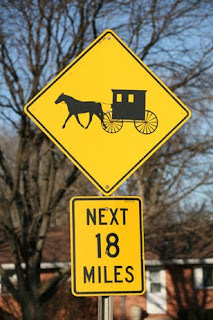 Well, in a matter of a few days faculty, staff and students from 22 Franciscan universities will be coming to Fort Wayne to attend the 2010 Association of Franciscan Colleges and Universities Symposium. I already mentioned that they will be gathering at “The City of Churches.” However, in recent years Fort Wayne has garnered yet another nick name. The Fort is also known as “The City of Faiths.” For a religious tradition that honors the unique dignity of each individual, a tradition that inspired three interfaith services in Assisi and a tradition spanning back to Francis and the Sultan that encourages Catholic-Islamic dialogue this again seems like the appropriate setting for such a symposium.

Besides the traditional Catholic, Orthodox and Protestant Churches in the area there is an active community of peace churches. Near the Michigan border, in La Grange County, are large Amish communities. These are not monolithic but rather reflect a number of different Amish traditions. The Mennonite Service Committee is headquartered in nearby Goshen Indiana. Brethren Churches are active in northeast Indiana. Finally, the Society of Friends has a long tradition of active support of civil rights. This dates back to the areas involvement with the Underground Railroad and the Suffragette Movements.

On the south side of the city is the Unitarian-Universalist Congregation of Fort Wayne. This is a unique building that looks like a big wooden tent that is welcoming to everyone. The Congregation is a place of natural beauty. Growing up to the ceiling is a large tree, right in the sanctuary. The art consists of local leather and paint mosaics honoring all religious traditions. The church has a memorial garden and the land touches the St. Mary’s River section of the River Greenway.

Part of the church is leased to the local Hindu community. They are busy building a free standing Hindu Temple. However, in the meantime the Fort Wayne Bhajan Society has an alter in the UU Church and worship takes place in a room that can be seen from the UU sanctuary! 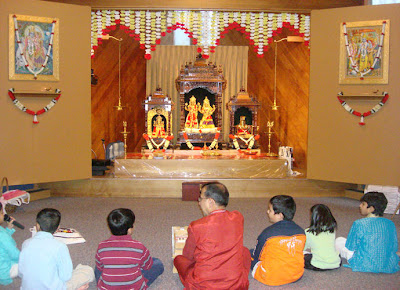 Right next door the UU church is Congregation Achduth Vesholom. This is an, friendly Reform Synagogue. It is in fact the oldest synagogue west of the Allegheny Mountains. This is a center of both informal and formal learning for Reform Jews of all ages. It is a congregation that is actively involved in the larger Fort Wayne community. It si also a place of culture and art. 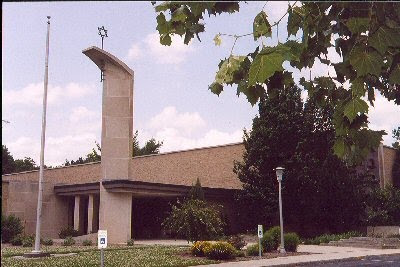 On the southwest side of the city is Congregation B’nai Jacob. This is the Conservative synagogue. While the traditions differ it is also a welcoming congregation that values its larger community ties.

There are two Islamic houses of worship in the city. The Islamic Center, est of downtown, is often home to Muslims from Asia and Africa. Both communities actively participate in inter faith activities. At this time neither centers websites are active.

The Islamic followers in Fort Wayne come from around the world. They include citizens from the Balkans, Chad, Sudan and Somalia. They include Afghanistan and Pakistan and students from the South Pacific. 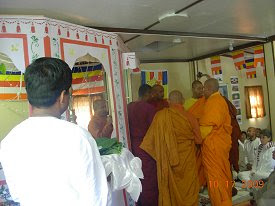 The Buddhist community also reflects diversity. There are at least six different Buddhist Temples in Fort Wayne. One is Sri Lankan. Others are Burmese, Thai and Northern Asian in background. All welcome visitors from other faith traditions. 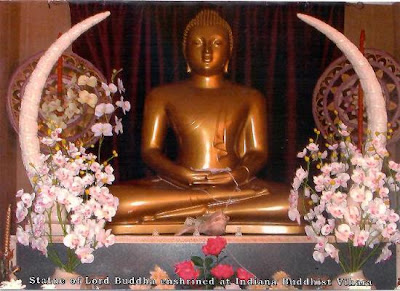 Many of the members of the non-Christian faith communities are immigrants or descendants of immigrants. However, some are refugees. The organizations that help the refugees adjust to American culture include Catholic Charities, the Community Resource Center for Refugees and The Reclamation Project.

So, when you come to Fort Wayne, know that the world welcomes you to “The City of Faiths!”
Posted by Unknown at 11:55 AM