Caring for Our Brothers 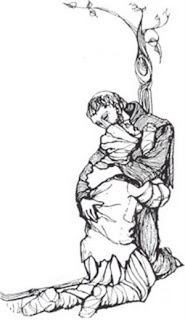 Today was one of those days where the ministry of Emmaus could really be felt. The day began early. Whitney and I were driving one of our guys to court. The hearing was in another county, the drive was two hours. Our guy was anxious. He was looking at continuance but he knew that was not a given.

Our job was simply to travel with him, to be a supportive, caring presence. We were not there to minimize his past behaviors or to provide legal counsel or psychological counseling. We were traveling as brothers and sister sharing a burden and caring.

Now this guy was easy to care about. He was the kind of guy any counselor would want to work with or any clergy member would love to provide pastoral care to. This guy was ready for change and transformation. So he worked his program. I don’t mean he just worked on his goals at Emmaus Ministries. I mean he worked his steps pertaining to his addictions. He worked on his spiritual growth. He worked on caring less about his wants and more about the needs of others. In short he is what every parent with a broken heart and a cry for a do again prays for. He is a prodigal son. He got his continuance and we drove back into the city.

On Wednesdays two meals are cooked. By lunch time the ministry center was packed. Sometimes that can be a tense time, not today. Today folks were happy to do their chores. Today the food tasted better and the conversation was more interesting and the prayers more pious. Today I heard guys helping other guys look for work. I heard guys give useful advice and accurate feedback to their peers. Today case management went smoothly and group was well received. All of this was true, until dinner time.

One of our guys was anxious about getting housing before it became cold out. Another was ill. A third was having problems with the paperwork related to getting housing. Still, all of the guys problem-solved.

Then, right before a wonderful meal and a table surrounded by our guys, staff and student interns one of our guys had a meltdown. He was struggling with his addiction. He wanted to use. That made his behavior erratic. He did a dance of berating staff and then feeling guilty because he really does care about staff. Some of our guys became defensive, about Emmaus. However, with encouragement they did allow us to handle the situation.

This was the second time today that I saw caring be the change agent. We provided limits and structure. We let him know what we would not tolerate while being clear we would find ways to care for him and ways that protected the community from his outbursts. He got it. He felt heard and cared for.

This is Emmaus Ministries. It is a place where we care about people unconditionally. For those that end up in prison, sometimes for years, we are there for them. We will stay involved in their lives as long as they want us to. Today we cared for a guy who was easy to care for. We also cared for a guy who was trying to push us away. We are called upon to make Jesus know on the street. We do that not by handing out pamphlets or preaching. Many of our guys know the Bible better than we do. We make Jesus know by recognizing him in our brothers. We make him know by being servants. We make him known by being humble. It is not always easy to see the miracles that are taking place at Emmaus Ministries. It is not often easy to see Jesus in our guys or one another. It is not always easy to love unconditionally. Tday was not one of those days!


Give Me Your Eyes: Brandon Heath
Posted by Unknown at 8:30 PM