Islam, Christianity and Tolerance in Malaysia 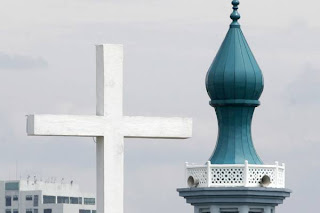 I find myself watching events unfold in Malaysia with a heavy heart. Malaysia is a multiethnic nation of 28 million citizens. 60% of the citizens are Muslim. 19% are Buddhist and 9% are Christian. Additionally, 6% of the population is Hindu. The remainder of the population identifies with a variety of Chinese faiths and/or indigenous religions. It is far easier to get along when you are all the same, however, like the United States and many other nations, Malaysia is a diverse nation.

For a long time Malaysia was successful at creating an environment in which citizens tolerated their differences. However, that is not the case at the moment. At the moment the nation is making headlines around the world because Muslims are attacking the minority Christian houses of worship. Local critics blame politics but it appears to be more complicated and less one-sided than that. The Catholic Church in Malaysia has used the name Allah in writing about God. It was illegal for non-Muslims to use the name Allah. The Catholic newspaper took this law to the Malaysian Supreme Court and the court ruled that they could use the name. This ruling has angered some Muslims who feel their faith is threatened or at least insulted.


Christian use of word "Allah" stirs controversy in Malaysia - PressTV 100105

Now the name Allah is the Arabic name for God. So my gut reaction is to wonder what the big deal is, it just seems to be a translation problem. Christians in the Middle East have used the name Allah to describe God for centuries. However, few things concerning religion are without complications. In this case, to describe Jesus as the Son of God, as part of the Triune God the Catholics have used the term Allah Jesus. The concept of the Trinity is illogical to Muslims. It is a pillar of faith that there is one God, Allah and Mohammed is His prophet. The title Allah-Jesus is not just poor theology to the Muslims, it is blaspheme. Now this is not to say Muslims do not hold Jesus in great esteem because they do. He is a prophet; his birth was foretold to Mary by angels. Mary is revered. However, they are all humans, creatures and so Allah Jesus is taking the Islamic/Arabic name for God and spoiling it.

At this time 14 churches have been attacked, many fire bombed. Some Muslims are angry, feel protective of their faith and feel they are being disrespected. Catholics are bewildered and other Christians who are not using the name Allah for God are feeling vulnerable. Other minorities have expressed anxiety. To be sure the majority of Muslims are not attacking Christians. However, many on all sides of this problem have expressed fears that the situation could quickly escalate. Already one Sikh Temple was attacked because they also use the term Allah for God.

One fear is that the nation will see a flight of foreign investment. Foreigners looking to invest in this region have a number of options. Singapore, Thailand and Indonesia and Brunei all compete for the same limited investments. For over 50 years Malaysia was viewed as a tranquil, moderate Islamic nation in which investments would be safe. That is no longer seen as a sure thing. 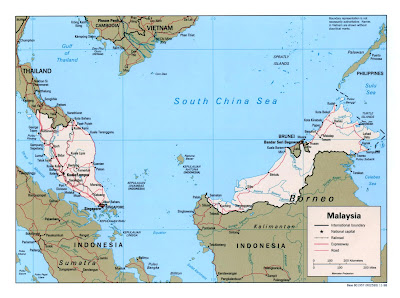 Now I want to be clear, I do not believe that religious conflict or rivalry is unique to Malaysia. Christians in Ireland demonstrated this for centuries. Europe is now predominantly secular in reaction to centuries of wars based on religion. Many Muslims in the United States talk about their fears for their own safety in America when events in other parts of the world heat up. Luckily there are models of how to address these tensions.

First it is important to speak out against these attacks. In fact the government has done just that. Next it is important for dialogue to take place. Representatives of the differing faith communities must find a way of sitting down with one another and dispassionately and respectfully discussing the issues and search for a solution. In fact Archbishop Salvatore Pennacchio, the Apostolic Delegate to Malaysia, Singapore and Brunei has just called for dialogue. 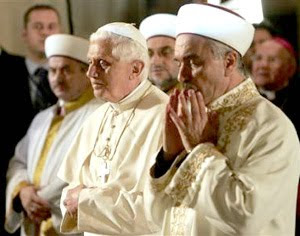 Early in his Papacy Benedict XVI was reminded of the power of words. His Regensburg speech which quoted an early Byzantine Emperor describing Islam as violent and irrational resulted in riots in many parts of the Islamic World. Muslims scholars then wrote to the Pope in 2006 asking for dialogue. This was repeated in October 2007. However, this time there were 138 signatories including clerics, scholars, religious leaders and political leaders. They wrote a pivotal document A Common Word Between Us and You. The pope then responded in part by restoring the interfaith dialogue function into an independent department in the Vatican. Both sides were aware of the need for greater contact and dialogue. In November of 2007 the King of Saudi Arabia invited the pope to participate in an interfaith dialogue in Spain. In July 2008 Pope Benedict XVI sent a Vatican delegate to the Madrid conference on interfaith dialogue. Now that is how conflict and tension should be addressed. 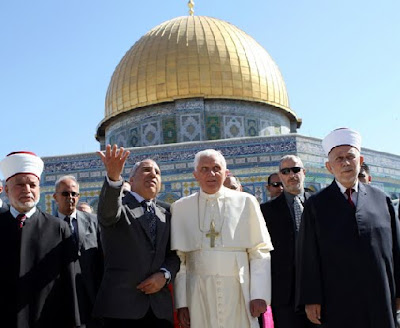 While tensions are real the pope has been an active advocate for respectful dialogue. He has visited and prayed at the Blue Mosque in Istanbul. He has been to the Holy Land. He advocates for respectful interaction with Muslims while proclaiming the Good News of the Risen Christ

I understand the sensitivity Muslims are feeling. I also know that few peoples are more protective of the name of God than Jews. They have many titles for the Creator but the revealed name of God is never spoken. So when Christians attempt to speak that name as Yahweh or Jehovah it could be seen as a grievous insult. Jews do not even spell God as “God”. Out of respect it is written “G-d.”, yet I know of no Christian who worries that Jews will attack them for this perceived insult. However, outside of the Middle East I don’t know any Christians who view Allah as their name for God. It may be true that Allah is an ancient name for God that precedes Islam. However, it is not part of most Christian’s history.

I am not without hope. Malaysia has faced a number of crises in its modern history and survived. Singapore seceded from the nation. There have been territorial arguments with China and the Philippines. Yet Malaysia has found a way to move forward. I believe this is true today. Malaysians have worked at being a multi-ethnic, diverse nation. I believe they are all aware of the common historical and religious threads between the two faiths. I believe they are aware of what is at stake in the world market. They are aware of the cost of Christian-Muslim conflicts in the Philippines, Thailand, Indonesia-East Timor and Bali. They are aware of that escalation of this conflict could tear apart their sense of peoplehood. Let us pray that Muslim and Christian Malaysians begin to again view one another as brothers and sisters, as fellow Peoples of the Book.


Here In My Home - Malaysian Artistes For Unity
Posted by Unknown at 9:08 AM