They Will Know We are Christians by Our Love... 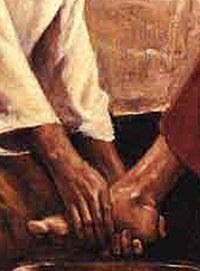 I find myself thinking about the people of Sudan and of the Democratic Republic of Congo. I think of the victims of hate in India, Iraq, Egypt and China. I think about violence among faith communities throughout Africa. I don’t have to go that far to be discouraged.

I think about the violence in American cities, the food pantries that are bare, and the inequities in healthcare. Lately the differences between the unemployed worker and the laid off CEO with his Golden Parachute have demanded my attention.

I said all of this could be discouraging. It has always been with us. The question is what are we going to do about it, what is our response? I have been surrounded by too many people who are servants, often silent servants to believe suffering will always go unanswered. I can hurt with the hurting but I am not discouraged.

This video says everything I would want to say and give the answer.

Peace and all good.


They Will Know We Are Christians by our Love
Posted by Unknown at 5:48 PM

Although from different places, but this perception is consistent, which is relatively rare point!
nike dunk