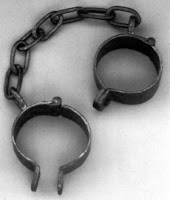 Today is the 60th anniversary of the United Nations Declaration of Human Rights. There was a time when we were at least the self-proclaimed protector of human rights, we considered ourselves the measure of how a nation should treat humanity. Well, a lot of fear and things change. Today the United States joins those nations that are the subject of observation and comment by Amnesty International and the International Red Cross. I pray this is a temporary situation.

I know that many Americans are critical and out right suspicious of the United Nations. Not me. I think it is not better or worse than the intentions of its member nations. I think most nations can make wars but we find out quickly that it usually takes the U.N. for Peacekeeping and nation-building.

Twice during my undergrad days I represented my university at the National Model United Nations in New York. We used the U.N. chambers, we had a cocktail party with delegates and we interviewed workers at our related embassies and consulate general offices. I admire what the UN is capable of and am not surprised when they miss the mark.

Well, today I would have liked to participate in our local observation of today’s anniversary. However, I am a student and I had to hand in a paper and take a final. I think I did pretty well. I also missed the ceremony at Plymouth Congregational Church in downtown Fort Wayne. I felt bad for the church. I figured it would be a poorly attended event. Then I drove past the church on my way home. There was no parking to be found for blocks. I though there was a concert going on downtown. I would have liked to have been there but never-the-less I am proud of my town.

The days of the Cold War are over. The world is a more brutal place to live. Mighty nations and poor desperate nations are resorting to torture and violations of human rights. As the economies of the world gets worse, as environments deteriorate and as nations discover there are no consequences to pay for violating human rights more and more citizens of the world will need our support.

So take some time and watch the videos on YouTube about human rights. Call your congressman, contact your local refugee center, support a domestic violence center. Get involved, your brothers and sisters need you.


UDHR 60 Yrs: What Image Opened Your Eyes to Human Rights?
Posted by Unknown at 6:18 PM