Visiting Congregation Or Chadash in Chicago 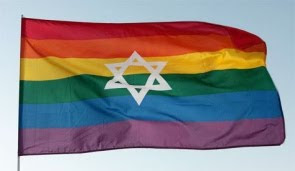 My sabbatical in Chicago also served as a unique pilgrimage. While I was in Chicago I had been attending GLBT and welcoming churches along with ethnic churches. I started by visiting ethnic churches and then almost bumped into welcoming churches. Before long they were part of my journey. I was getting an in idea of the needs that were being filled in these churches, often because they were unmet needs in traditional churches. People wanted to be recognized, welcomed, and they wanted a place at the table. They wanted to worship and having GLBT as part of your identity did not mean that you were handing in your faith identity. I had a growing awareness that this was not an issue just for Christians, this was part of the human condition. There were posters at the Center on Halstead for GLBT welcoming Buddhist meditation groups. There were articles in the papers about the struggles of gay Muslims. Then while discovering A Jewish Drum Circle I also bumped into information on a GLBT synagogue. I decided to visit a Sabbath service.

The congregation was in a large building that served as the home of two distinct congregations located in different parts of the same building. It was a great night for Shabbat. It was a nice fall evening. I walked through the historic Bryn Muar neighborhood. Any excuse to walk on Sheridan Road by the lake at night is always a good excuse. So I arrived in a good mood. Imagine my surprise when I was greeted at the door by security officers. They checked my identification and then escorted me to Congregation Or Chadesh. What I did not know was that these two congregations had been targets of al Qaeda in Yemen just two weeks prior to my visit. It was the F.B.I. who had informed the rabbis and board members that the two congregations had been targeted for postal bombs. Suddenly the world seemed very small. Yet again a people I was visiting was the target of intolerance. Since I had been in Chicago this had been a reoccurring theme. Assyrians, Muslims, Copts, faith communities in China had all described being the target of intolerance for being different.

Luckily, once I entered the sanctuary I briefly left the outside world and entered a welcoming faith community focused on thanking a generous G-d for all He had given humanity. I don’t know what I was expecting, perhaps rainbows and dreidels but what I saw was a typical, if somewhat small synagogue! Men had their heads covered, people greeted one another. The rabbi led the service. I had walked in on a special evening. It was the “Transgender Day of Remembrance” service. Initially I did not take it seriously and then I listened to Rabbi Edwards. He recounted the stories of people around the world who had been beaten and killed for being different. Only a couple of week prior I watched film on the Nazi treatment of their GLBT citizens. It was a sobering and compassionate service.

After the service I met the Rabbi and members of the congregation. I learned a lot that evening. I learned about their work in the GLBT community and their work in the larger Chicago Jewish community. I also learned something about the larger Jewish community. I did not know that members of the Israeli Defense Force could serve while being openly gay and out. I did not know GLBT citizens in Israel had equal rights with their straight sisters and brothers, this includes the right to marry.

The congregants gave me plenty of reading material before I left. The rabbi and I tried to find time when I could meet him for an interview. Since I was getting ready to move back to the Fort the timing for an additional meeting was not promising. I also learned that while there was a clear need for the Congregation at the time of its founding the larger Jewish community in America has been significant change. Members acknowledged that many traditional congregations are welcoming and safe places for them to worship in. They also point out that they, the congregation, are members of a larger GLBT Jewish community, including the World Congress of Gays, Lesbians, Bisexual, Transgender Jews: Keshet Ga’avah.

This was the second synagogue I had visited while in Chicago. It was the third Jewish activity I participated in during my sabbatical. I was glad I had the opportunity to spend the Sabbath with the members of Congregation Or Chadash. I liked how they reached out to others. I like how involved the congregation was in the community. I hope to visit them again someday.
Posted by Unknown at 1:09 PM