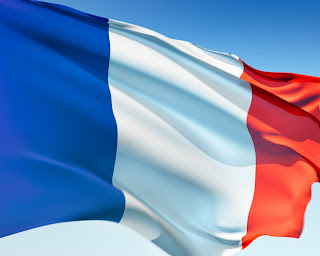 I am a lector at the Cathedral of the Immaculate Conception in Fort Wayne Indiana. On the occasions when I read I always arrive early and go the sacristy to review the additional announcements and the General Intercession prayers. My goal is to make sure I can pronounce any unusual words. I especially want to pronounce a congregant’s name correctly if we are praying for him or her. Tonight was unusual. I was reading the names of the newly departed whose souls we would be praying for. For the first time I read the name of someone I knew. I knew that Dr. Carl Nadeau had been in hospice. I knew his remaining time with us was brief. Still, I never thought this would be how I would find out he was no longer with us.

After an initial startle my goal was simple. To read his name as neutrally as the name of the other congregant who had just died. Both were loses for many people and both deserved to be prayed for with dignity.

Still, that meant the remainder of the evening I kept returning to memories of Carl Nadeau. He taught French at the University of Saint Francis for what seemed an eternity. I had heard of him before I ever met him. He was a character. I remember my surprise when students told me of the student internet fan club they had made for him. People are never neutral in the presence of a character!

Carl gave me my first tour of the Cathedral. He walked me through the sacristy and showed me the vestments, oils, paintings and he told me of the history of real people. He told me about the reredo, the altar, the stain glass windows, the pillars and vaulted ceiling. And oh, he told me about the unique Stations of the Cross.

Then Dr. Nadeau brought me down to the Crypt. Now the crypt might be a solemn place, a resting place for former bishops and rectors. It may be a place for special services and a connection to the past. However, for Carl it was a place of joy. He knew one of the occupants personally. He enjoyed being in the Crypt spending time with an old friend.

Carl made the history of the Cathedral come alive. With Carl the early French, German and Miami influences were alive today. Father Benoit, Bishop Dwenger and Chief Little Turtle still walked the Cathedral Square when Carl was giving you a tour! Nobody could give a tour like Carl.

So today I am a tour guide at the Cathedral. I have a file with a multiple typed pages of notes from Dr. Nadeau. I have watched his video tour of the Cathedral five times. In the video a younger Dr. Nadeau acts like Alistair Cooke inviting people for a casual tour of a stately home. His pride in the Cathedral permeates the video.

Carl had an impact on people around him. We shared the same pharmacy. One day we were both at the pharmacy to pick up our medications. The pharmacist paged that “the prescription for Dr. Carl is ready for pick-up.” The pharmacist then saw me, the other Dr. Carl from USF and picked up the intercom a second time. Over head we could hear the pharmacist state, “excuse me, Le prescription is ready for le good Doctor Carl, bon, bon, Oui?” Carl could even turn people around him into characters!

The last time I saw Carl he was telling me about his transition from being a full-time professor to retirement and full-time care. He said it could not have happened had it not been from three colleagues from USF who went over his retirement benefits with him. They showed him how he could afford the care he needed. It must have been tedious to go over something so crucial but requiring such detail with an ailing man. I know these guys. I always thought of them as smart, funny guys who added a lot to the school. They are not even all from his department. Now when I see them walk down the halls I just smile and think how lucky we are to have so many caring people on our campus. 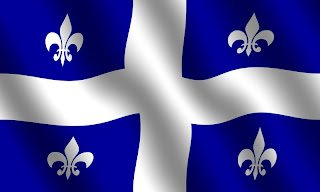 Carl was a man with an enormous appetite for life. Beauty, food, music, art and French and French-Canadian history were just a few of his passions. He took pride in the concerts he gave at his residential facility. Nothing made him smile more than the promise of a good meal.

My last conversation I had about Carl was at our Employee Banquet. People were talking about their visits with Carl. They were visiting even though he was not responsive. Staff, administrative workers and faculty all made their visits. This unusual French Canadian professor touched so many lives. Tonight as I was giving the readings at Mass I was aware of all the different areas of the Cathedral Carl had introduced me to. I was aware of how my tours are so full of his words. Thank you Dr. Carl Nadeau for sharing some of your passions with me. Au revoir, mes amis
Posted by Unknown at 7:30 PM

I too had my first and only tour of the Cathedral with Dr. Carl, then when I started working at Saint Francis, I was quite thrilled when I realized he worked there too. He was a very interesting fellow for sure.

A beautiful and moving tribute. Thank you for this.