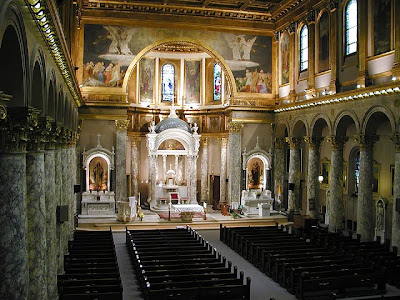 This was a day of worship and a tour of religious tourism! First we attended Mass at St. Mary of the Lake Parrish Church. This is a beautiful Catholic church that is walking distance from Emmaus. The church was restored in the 80s and looks wonderful. Nora attended; Nora is our student from Malaysia. This Muslim student supported each of us and we supported her. We really were becoming a team.

Next we went to Oasis Ministries. This is a Pan African Church that meets in Walt Disney Magnet School. The service was loud and energetic. The preachers preached, the choir sang, men danced and we all clapped. Two and one half hours later we were frantically trying to get to Chinatown for another tour. 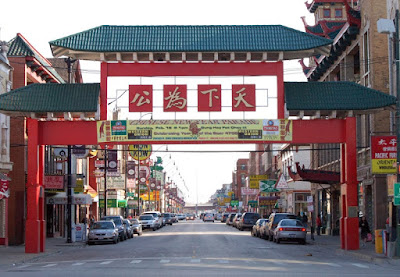 We arrived at St. Therese Mission Church but our guide was not there. Luckily we were allowed in and I was able to give a modified tour. I pointed out that the statue of the Buddha outside in the yard was to remind them that they and their neighbors share a common heritage and that they must therefore treat them with respect. I pointed out that the statue of Mary in the yard and the painting of the Madonna in the church reflected an Asian face. I showed them the alter for the veneration of ancestors and the crucifix donated by Al Capone’s mother. Finally they looked up at the ceiling and the words painted there. In Chinese the words expressed the need to unity through Christ. I was told that there were six different groups that did not always get along and they understood that it was only through the love of Christ that they could act as one. The group then spent time walking around Chinatown.

We then drove to Polonia. We briefing went inside of the Holy Trinity Orthodox Church. It is an enormous church with beautiful artwork. There was a Mass going on so we took our peeks and quietly moved on.

Next we drove to Ukrainian Village. We first came up to Holy Trinity Orthodox Church. Louis Sullivan built the church and in fact it is the only Sullivan church still standing. It was a beautiful example of a smaller but breathtaking Russian Church. We then moved on to the Ulkranian churches. 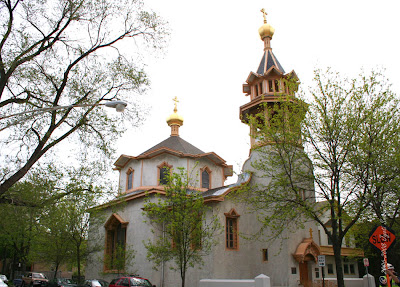 We went past St. Volodymir Ukrainian Orthodox Church. This is a huge church that clearly had been a Protestant Church in an earlier life! 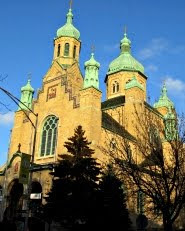 Finally we arrived at St Nicholas Ukrainian Catholic Cathedral. It is a huge church with green onion domes. It looks like it was lifted our of Russia. Only two blocks down is St. Volodymyr and Olha Parish Cathedral. This is a huge church with a golden dome. It looks like it is from Constantinople. We all walked around with our mouths open. We took pictured and we marveled at the building. 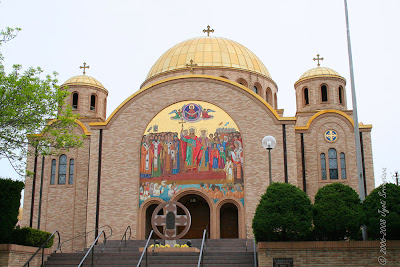 We then headed for home. We then made spaghetti, with Italian sausage on the side, a salad and bread. It was good to cook together and to eat together. We then had worship and reflection. That was followed by a loud and silly night of card games.

Finally some of the team went back out to do a modified Immersion Night. It was along day. It was a good day. We were finally beginning to become a true team.
Posted by Unknown at 7:44 PM