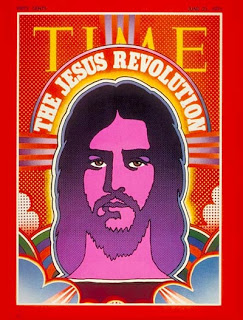 We all got to sleep in a little. We began our day at the Ministry Center for breakfast. Afterward we had a brief prayer service. Next Al arrived and we began to process our Immersion Night.

The reactions were not all that different than the night before. There were some who wondered why they had agreed to join the spring mission grip. Others were excited. Most were happy to be at Emmaus but still acknowledged some apprehension.

Next we had a tour of Jesus People USA. Across the street from Emmaus is the Friendly Towers. This building is home to Jesus People USA, 500 folks living in intentional community. They share all of their income. They live in small hotel rooms. They own and run homeless shelters, art galleries and music bands. They were unconventional looking and unconventional in their lifestyle.

The tour was not very organized. The guide was really the weekend coordinator, he had other responsibilities. Still, we got to see the chapel, the dinning room and the skateboard coffee house. We learned that the building was once a hotel owned by Al Capone. Pretty interesting stuff.

Next we inventoried our supplies and went grocery shopping. It was actually fun to work as a group. It was even more fun to be a human caravan carrying all the bags home. 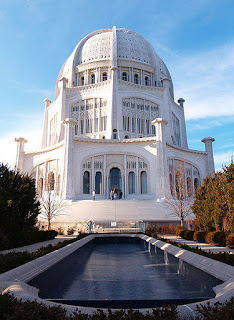 The evening was special, we went to Bahia Temple. This is one of only nine Bahia Temples in the world and the only one in North America. It is on the shores of Lake Michigan. It is surrounded by nine gardens. We learned a little about their faith. We learned about their respect for the equality of men and women, the the belief that science and faith should be in agreement and for the belief that we are all one family. This emphasis on unity was powerful and congruent with our own faiths.We all had private, silent prayer and meditation in the temple. Afterward we went out for pizza. Another long day but also a good day.
Posted by Unknown at 7:00 PM