Brazil, the Vatican and the Church 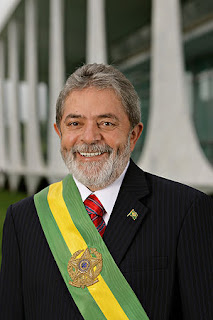 Brazil is a vast nation with a vibrant Catholic Church. It is also the focus of the Vatican. Prior to participating in the G-20 Economic Conference in Washington Brazilian President Luiz Inacio Lula da Silva.was at the Vatican. In talks with the Pope both discussed ways in which poverty can be alleviated. This included policy in Brazil to help “marginalized” citizens.

That the talks between the Pontiff and the President went well speaks of the evolving Presidency of de Silva. He had once been a Marxist and yet he arrived to talk to the Pope with a large Brazilian delegation. The talks were respectful. The President signed an agreement between the Vatican and his nation that legalized the status of the church in Brazil. This clarification was appreciated by the Pope. The legal document means that “priests and pastoral workers will be free to collaborate with health, prison and scholastic institutions.” That is a sign of growing trust and collaboration.

The Church in South America is very important. It is an area of growth and vibrancy. It is also an area of challenge. In many Latin American countries citizens are turning to other denominations due in part to the lack of clergy. One of Pope Benedict XVI’s first foreign visits was to South America. This historic document reflects the importance of the Church in Brazil and the Southern Hemisphere.
Posted by Unknown at 5:48 PM