The Church, the Congo and Prayers for Peace 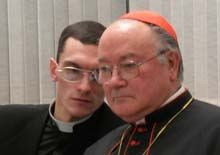 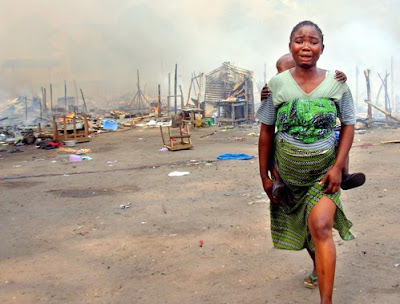 The Vatican has called for an end to the conflict in the Democratic Republic of Congo. The Catholic relief organization, Aid to the Church in Need has called for emergency aid to the area.

The United Nations has called for an immediate end to hostilities. The fear is that the conflict will spread beyond the vast borders of the Congo to the many neighboring nations.

The conflict is bloody and discouraging. Over 1.2 million citizens are refugees in their own country. In fact, the Vatican is so concern about the Congo and other African crisis that 2009 may be “The Year of Africa”. The pope will visit Angola and Cameroon in March. The Symposium of Episcopal Conferences of Africa and Madagascar will meet in Rome in September. Finally there will be a Synod for Africa in October.

This is appropriate. Africa is a continent in which the conflicts between Islam and Christianity, between Christianity and traditional religion and between Catholicism and human rights violations by regimes has demanded greater involvement by the Catholic Church. The Church has been involved in the post-election conflict in Kenya, the conflict in Zimbabwe and in working with the conflicts in Somalia and Sudan. The problem is the need is great and the resources are few.

So how serious is the Vatican in regards to the Congo? Cardinal Renato Martino the current president of the Pontifical Council for Justice and Peace stated, "The world cannot continue looking on without reacting to the death of innocent victims of acts of violence and barbarity, and with indifference toward the tens of thousands of refugees fleeing the war, who are exposed to the weather, sickness and hunger.” The council went on to call on the international community to “intervene with all its strength in resolving the conflict in question”. These are powerful words that reflect compassion, concern and frustration. Let us pray they are heard.