Zimbabwe, Human Rights and the World 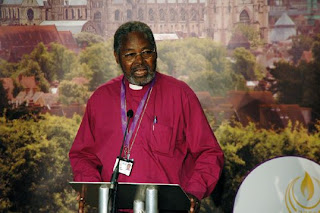 We have talked about Zimbabwe for months. The election was a fraud. The government ignores its people at best and violates human rights routinely. The nation is marked by hyper-inflation at a rate unimaginable anywhere else on the planet. People are starving and living in fear and the nation is now facing an epidemic of cholera. So where is the world? Right next door it appears.

Former President Jimmy Carter, former Secretary-General of the United Nations Kofi Annan and the wife of Nelson Mandela, Graça Machel were on a humanitarian mission to Zimbabwe. However, the President of Zimbabwe, Mugabe has denied their admission into the country. If he had only denied President Carter access to his nation this may simply be explained as anti-Americanism. However, this arrogant man has turned his back to representatives of the world. He has turned his back to his people. He serves no one but himself.

The World Health Organization is warning that the epidemic may spread to neighboring nations. Refugees are crossing into South Africa. This is not an internal problem, this is a concern for all people but especially for the peoples of southern Africa.

Bishop of Harare, Dr Sebastian Bakare spoke last week at a conference on human rights in Sweden. He told the conference that the problems of his nation are the result of moral failings. He described his nation as corrupt, neglectful and its leaders as self-serving. He has called on the church to support each other in supporting their fellow citizens. Six ecumenical organizations have called for the support of human rights in Zimbabwe. The World Council of Churches has specifically been critical of the Southern African Development Community for failing to support the people of Zimbabwe.

You know what I will say we can do. We can pray. We can contact our government officials and demand that they speak for the rights and dignity of the people of Zimbabwe. We can write and thank Kofi Annan, Graca Machel and Jimmy Carter for their actions and their continued commitment to the area. And we can pray.


DISPATCH: ZIMBABWE - The Story
This is a powerful video. Take a few moments and let it touch you.
Posted by Unknown at 5:39 PM