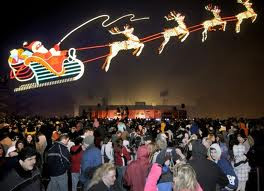 I am always amazed at the impact one person can have. We have seen election in the recent past where every single vote counted and had to be recounted. One person refusing to go to the back of the bus changed history. Well, it is not just the huge elections or the bigger than life movements that highlight the power of one.

I am doing my sabbatical at Emmaus Ministries in Chicago. This is an urban ministry for homeless men who participate in prostitution. This fall Emmaus Ministries celebrated their 20th year of service. Emmaus is the result of one man’s dream.

John Green was a graduate student at Wheaton College when he began working with male prostitutes. He had worked with Covenant House in New York where he became aware of the need for services for male hustlers. When he returned to Chicago to complete his education he also began his ministry. Twenty years later that ministry includes administrative staff, outreach staff and ministry center staff. It includes a prison ministry and an extensive educational component. This is all because of the dream of one man.

At about the same time John was beginning to work with homeless males Lisa Nigro, a retired Chicago cop was reacting to how the homeless of Chicago were being treated. She was angered at how they were over-looked at best and often people were rude to them. She responded by taking a red wagon, filling it with donuts and coffee and then going out on the streets to feed the hungry. Once she was noticed by future supporters things quickly changed. She got an office, then more space, staff and then the cafe.

Inspiration Café is a unique job skills training program for the homeless. He gives them real skills, it provides the neighborhood with two great restaurants and it treats the homeless with dignity. Today the Inspiration Café corporation has job training programs, case management, and housing services. All this is because of the dream of one woman.

Well, it is Thanksgiving weekend and I am thinking of home, Fort Wayne. In Fort Wayne the legacy of one man is felt during the holiday season. It is not the story of helping the forgotten, it si the story of one man remembering what was forgotten by a city. The result has been a generation of family memories.

Thomas J. Linnemeier recently died at age 73. While most of us in Fort Wayne and north east Indiana did not know him, we had all been touched by Thomas. When Thomas was a child the old Wolf & Dessauer Department store had a display of Santa on the side of the building that light up. It was spectacular. With the coming of malls the department store closed and Santa was lost.

Thomas grew up and became a banker. However, he always remembered that Santa. Then the Santa was rediscovered. Thomas searched all over downtown Fort Wayne for an appropriate place to display it. Eventually it was hung on the Fort Wayne national Bank building.

Thomas knew what he was dong. This was not some childhood exaggerated memory. The lighting of this display had impact, it brought a city together.


The Lighting of Santa

The lighting of the Santa and sleigh display became a Thanksgiving eve community event. This included carols, a visit from Santa and a countdown. The streets would be crowded and the magic of Christmas in downtown began to spread.

The entire time my daughters were in school the lighting played a role in their lives. Their school choirs and bands played at on of the many lightings, they met friends for the event. They knew the ice skating ring would be officially opened. It was the beginning of the holidays.

After the Santa display is lit the crowd walks down the street, past he decorated courthouse, to the lighting of the Wells Fargo Holiday Tree at Wells Fargo Building on Calhoun Street. That is followed by the lighting of the Indiana Michigan Power Christmas Wreath at One Summit Square on Wayne Street. And then the city become a wonderland.

There are holiday concerts in the theaters, churches and schools.

Getting Ready for Christmas in Fort Wayne

Museums are open for free and all have holiday themes. There are horse carriage rides, carolers, hot coca and candy canes, all on the busy streets. The Embassy Theater hosts Fantasy of Trees. The History Center has the Festival of Gingerbread. The Botanical Gardens host the Festival of Wreaths and they have live reindeers. Further north Franke Park hosts the Festival of Lights.

This is the ripple of effect of one man. There is no doubt that Fort Wayners like Christmas. There is no doubt that they would have decorated and celebrated had Thomas Linnemeier not reestablished the lighting of the Santa. However, because of his dream the night before Thanksgiving is a moving, pageantry of civic pride and participation. Because of Thomas stranger come together, families form memories and a City of Churches unites its past glory with future dreams and celebrate the holiday season in a glorious way. The city celebrates in a unique style. All because of the dream of one man.


And More Lights
Posted by Unknown at 6:03 AM