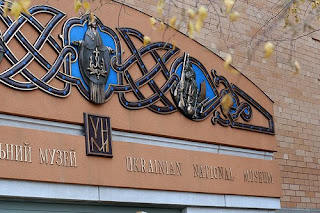 In between church hoping I went to the Ukrainian National Museum. Talk about a treat. I got a private tour of the museum by the Administrator of the museum, Anna M. Chychula. This is an impressive museum in the heart of Ukrainian village. The museum is home to over 1,140 artifacts. The galleries are thematic, bright and accessible.

There is plenty of folk art. That includes musical instruments, carvings, paintings and my favorite, Pysanky. Pysanky are the elaborately decorated eggs. This includes not only chicken eggs but also goose and ostrich eggs. 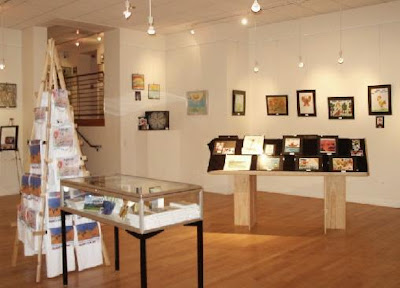 There are permanent exhibits. These include exhibits on the Ukrainian exhibit at the 1933 Chicago World’s Fair. There is a room that focuses on the resistance to the Soviets. Other exhibits include folk dress, the Kozaks, and Senator Walter Dudyez.

There are temporary exhibits. These often display the artistic creations of Ukrainian artists from around the U.S., Canada and of course the Ukraine.

There was a sobering part to this tour. We entered the Ukrainian Genocide Exhibit Room. This was a sad place to be. The Soviet Genocide by intentional starvation between 132-33 resulted in the death of over 10 million Ukrainians. That is a staggering number, 10 million in 500 days. That break down to:
1 in 4 Ukrainians died in this genocide. 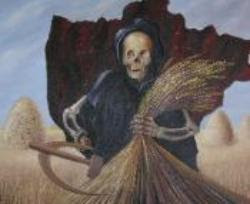 At the height of the genocide Ukrainians were dying at a rate of 25,000 per day
Or 1000 people per hour
Or 17 people per minute
This is a genocide that is still denied by the Russian government. 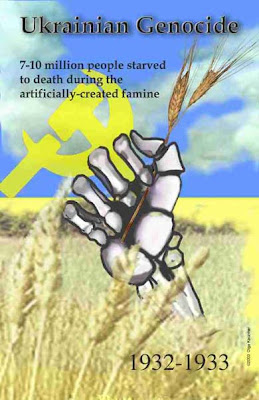 Anna was a delightful host. She made sure the genocide exhibit was not the end exhibit. She wanted to show off the accomplishments and gifts of her people. She was also a proud advocate for Ukrainian Village. When I left the museum I had a long list a great places to eat. I am fortunate to have met Anna .

Finally, I ended my day in Ukrainian Village by eating in a local restaurant. I had borscht, it was sweet and wonderful. I had something that looked like a blintz. Other foods included spicy meats and cabbage dishes. I don’t know what I ate, I just know it was wonderful and I want more.

Finally I took the Division bus to Wells Street. I walked down Old Town, Wells to Lincoln, Lincoln to Fullerton and took the “L” home. It was a long, exciting day. 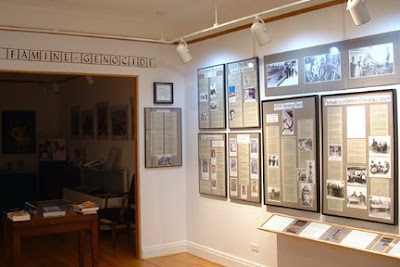 Pysanky. Pysanky are the elaborately decorated eggs. This includes not only chicken eggs but also goose and ostrich eggs. canvas printing cheap