The People I Met 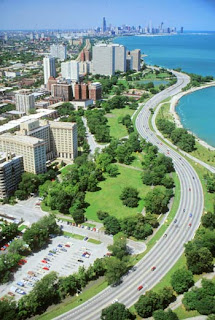 I have had a very colorful and blessed time in Chicago. I kept walking up to closed doors only to have them opened for me. The result is I have had a number of personal tours. I also met folks who just wanted to talk and added to the canvas of Chicago.

Some of the people I will remember:

The lady who let me in early to the Lakeview Pantry. She simply wanted to tell me about all the wonderful work her agency is doing to feed the poor. She has every reason to be proud.

The gentleman at the Center on Halsted who told me what to see and what not to miss. He was helpful, I just wish he would not have kept handing me information on the elderly! I also was grateful to run into the Director of Recreational Services. He was also a guy proud of all the Center’s many programs.

The lady at the American Indian Center who gave me a tour of the facility even though it was clear she was recovering from a bad cold. She told me about the Powwows, educational programs, cultural activities, health services and counseling services. She should me the artifacts and told me about their art galleries. Thank you!

Randy at Jesus People USA, at the Friendly Towers. He gave me a tour of the towers, the chapel, and the coffee shop. He also got me entry into their two shelters. I am looking out the window as I type this and I see the towers. Thank you JPUSA for doing so much to help the needy in your part of the world.

At the Norwegian memorial church I met Olav T. Lenke, the vice president of the Lagting. He is sort of like the Speaker of the House of Norway. I felt honored to meet him. I also sat with wonderful women at the reception who told me about the Norwegian-American community in Chicago and in Florida. It made for a very special Syttende Mai or Norwegian Constitution Day.

The gentleman at the rectory of the Holy Trinity Orthodox Church. He saw me walking away from the only Louis Sullivan church left in the world. He came out and asked if I would to go inside and see it! He was a great tour guide, full of wonderful and unique information. Thank you!

Joe the youth minister at St. Therese Chinese Catholic Mission Church. He gave me a great tour of the church even though it was closed. I never would have understood the significance of what I was looking at without him. He was warm, friendly, had a sense of humor and pride in his heritage.

Finally, I want to acknowledge the man who approached me at the Chinatown “L” stop. He saw my St. Therese program and tried to comment on it. I could not understand him. He then showed me photos of him with Mayor Daley, President Obama’s chief of staff and a thank you letter from President Obama. It appears he had been active on a committee to get the 2016 Olympic to Chicago.

I could not understand him. He then pulled out a notebook from his bag. One page explained that he had a stroke, could not talk but that he could do many, many things. He pantomimed how he could swim, do yoga, Tai Chi, karate, dance, including tango, cha cha and hula. Finally he pointed to my belly and laughed. He then pulled out a picture of the Buddha! He asked, as best he could, if I was “Italiano”. I said “no”. He then pointed to my stomach and said, “Bambino”. He then told me, “Eat banana and water, no hot dogs and TV.”. Everyone was watching this unusual and spontaneous show on the “L” platform. Then the train came and it was over. I know he was once an editor, I know he was a mover and a shaker. I know he is still a very active man. I also know I am gonna have a few less hot dogs!

These and so many other people filled my life here in Chicago. This is a city of people, of neighborhoods. This was my home for 36 years and was home again for three weeks. In case I haven’t mentioned it, I love Chicago and the people that make it my kind of town.
Posted by Unknown at 7:47 AM