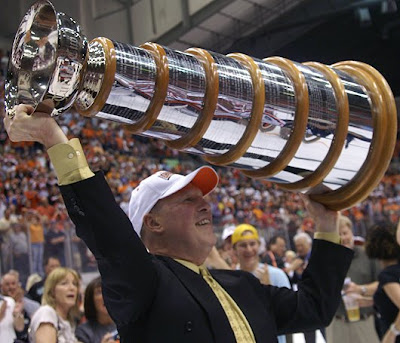 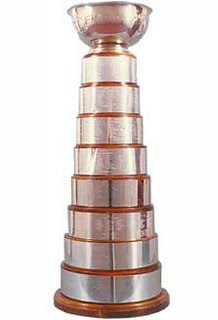 I am sitting here wondering what is going on with all my Fort Wayne friends. I decided to see how our hockey team, the Komets did in their final games of the play-offs. Well, they are the Turner Cup Champs. That is, Turner Cup Champs two years in a row, first time in their 57 year history. They beat the Muskegon Lumberjacks. The Komets won the series, best out of seven taking 4-1. That is a decisive victory!

Last year the city did nothing. That is kind of a strange response for a city that prides itself on being a center of minor league sports. Well, this time it will be different. Tuesday is Komet Day. There will be a celebration and proclamation at the City-County Building with the Mayor. There will be a parade to the Coliseum and then there will be a bash. With 10, 480 folks witnessing the final game the bash should be huge.


Fort Wayne Komets - Get The Puck Outta Here!
Posted by Unknown at 9:13 PM