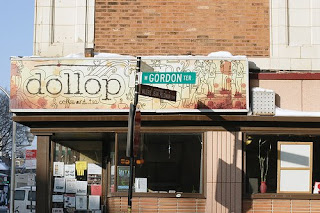 The morning started with “Street Feet”. This is an activity meant to get the guys moving and practicing healthy behaviors. Basically we meet at Emmaus and then go to the Lake and walk or run for an hour. Today was beautiful. The air was warm but not overwhelming; the breeze was cool and scented with blossoms. The skyline was beautiful, the lake was clear and the park was full of people. This is an activity that is in conjunction with a local church. The problem is our guys don’t want to walk or run. So it is a project they may grow into. Still, I thought it was a great idea.

After walking and doing my laundry I headed for downtown. My goal was to go to St. Peter’s in the Loop for Mass and Reconciliation. Never got to Mass. As soon as I came up the stairs from the subway I was in for a surprise. State Street was closed off, the Memorial Day Parade was about to begin!

So I stayed and watched it. It was great. All of the services were there. Veterans from WWII to present were there. There were JROTC units from all these high schools I remembered. The parade was long, loud and moving.

The family next to me was interesting. The mother said her mother was a prisoner during WWII in the Philippines and was rescued when McArthur returned. He husband had served in the military and her son is currently serving in the Israeli Defense Force.

After the parade I went to St. Peter’s in the Loop and had Reconciliation. I love that sacrament. I also like being in a center of Franciscans.

Finally my day at the Center started. It was not a particularly unusual day. A group of middle school aged kids from a local church arrived earlier and cooked. The evening was actually over early which has not happened before.

I followed up with going to Dollop, a local coffee house. I had coffee and read a chapter in A Heart for the Community. This is a book on urban ministry. Deacon John Green, the founder of Emmaus Ministries has a chapter on Emmaus in it. The coffee shop was this great kind of “Mother Earth” type environment. There was art for sale on the walls, fliers and announcements posted, papers to read, brick walls, tiled floors and mellow music. I loved it.

Afterwards Chris and I went to Our Lady of Lourdes for adoration. It was a rich, full day.