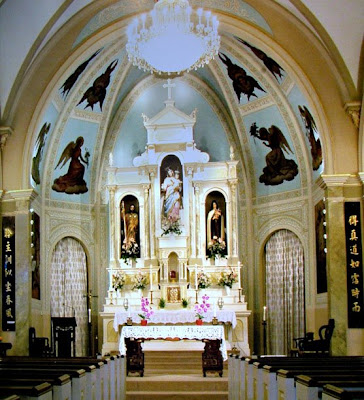 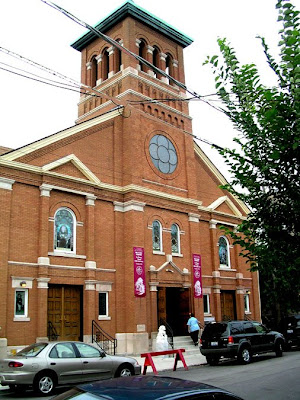 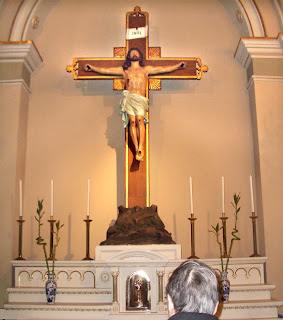 I got up early, and bought an all day bus pass. It was my day off and I was on an adventure. First I took the Red Line “L” to Chinatown. I have been here many times. I love it. When you first walk down to street level from the “L” you see the Nine Dragon Wall. This is a sculpture that faces north. So you are seeing this very Chinese piece of art and behind it rises the skyline of Chicago. You then face south and you see the impressive archway the invites you to walk into Chinatown.

The street signs are in Chinese. The signs for the stores, restaurants, social service agencies are in Chinese and English. It is crowded and busy. People walk around shopping and speaking various Chinese languages.

I come up to St. Therese Chinese Catholic Mission Church. It is not a large church. Outside by both sides of the entrance stand two stone Chinese lions. The church is closed and I am disappointed.

I look into the side yard, the gate is open so I enter. There is a statue of Mary with an Asian face. There is a statue of Buddha! I see someone and ask if I can go inside the church and take photos. He says there is a meeting taking place and I should ask them. Turns out I get a personal tour by Joe the Youth Minister.
He gives me a great tour. The sanctuary is beautiful. This was originally an Italian church. The stain glass windows are inspired by Italian cities. The saints are Italian. However, by the middles of the 20th century the Italians were moving out of the neighborhood and the Chinese were moving in. Today the church is a blend of multiple cultures. It includes various places in Italian and numerous Chinese provinces and languages.

The church was on in which the competing Chinese ethnic groups did not always get along. That changed when the current priest, Father Michael Davitti, SX, from Italy, initiated a remodeling program. All groups worked together. What they created was a beautiful church that respects all related heritages. The chandlers are from Venice. The Italian saints are honored. There is also a shrine to the dead ancestors. This is not for worship but for veneration. Joe says this is a concept that Catholics should be very familiar with, talking with are deceased but not gone relatives! .
On the ceiling above each pillar is a Chinese character. Together they spell out the motto of this community, “Together in Christ, we are one happy family.” In the front is a symbol for love. The priest tells me that united in the love of Christ this community is one, without Christ that would not be the case. 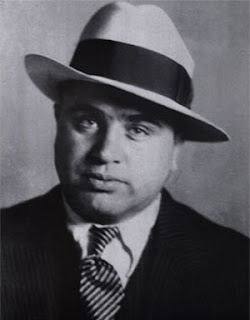 The cross in the front of the church is beautiful. I am told it was purchased by Al Capone’s mother. She lived in the north side of the city but probably worshipped here. This is the church that would have spoken her dialect of Italian. Besides, her son is said to do business in the area.

I walk up to the balcony. I visit the saints. I pray. And then I have to get going, the meeting was in preparation for a funeral and so now it is time for me to go.

As I leave I walk past the statue of Buddha. I was told that it stays with them, outside the walls of the church to remind folks where they came from, who there brothers and sisters are and to treat Buddhists with respect.

Now it is time to move on to Polonia and the Ukrainian Village
Posted by Unknown at 9:01 AM