The Kaio Community, My Temporary Home

So what was it like living in an intentional community? I loved it. Kaio refers to the Greek word for being on fire. When the two disciples walked the road of Emmaus with the stranger who turned out to be Jesus their hearts were on fire. Well, Kiao is transformative.

I lived in this three bedroom apartment on the third floor. It had a large dinning room/living room. This room had a unique look to it. There was a Celtic cross painted on the wall and there was a Christmas tree! The kitchen was bright red.

However, it was the community members that made this such a powerful experience. I lived with Nicole, Brandon and Chris. Each was very different from the other two and all were committed to living faith-filled lives and of being servants to others.

Nicole was our most unique member. She was a Protestant from California. Nicole majored in social work. She felt called to serve at Emmaus. She can best be described as joyful and brave. At this time she is applying to live and work at an L’Arche Community. This is an intentional community that unites people with members with special needs and they support one another. The communities were founded by Jean Vainer. They were made famous by the writings of Henri Nouwen. It was Nicole who introduced me to the Pan African church that I loved so much. I also went to her church with her. This was the Uptown Baptist Church. Nicole valued her Protestant roots and her personal walk with Jesus.


Carl sitting Next to Nicole and Brandon on the "L"


Brandon came from Iowa, one of my all-time favorite states. He was our cradle Catholic. His faith was established, he lived it without having to proclaim it. His prayers were dynamic. Brandon was a quiet young man who spent a lot of time by himself. It would be a mistake to confuse this with timidity. He in fact was a clear leader. My first night in community it was Brandon who sat me down and explained my chores and responsibilities. It was Brandon who handled the money for groceries. Brandon was a passionate man. He had a degree in art. He was an active member of Holy Name Cathedral. He was a key problem-solver at the community center. He also had the most subtle sense of humor in the community. 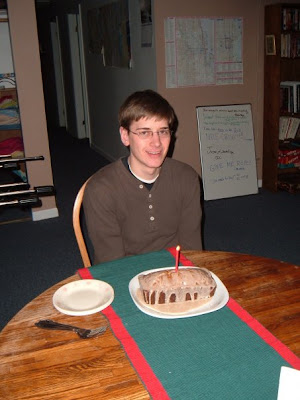 Chris was my roommate. He came from North Carolina. His degree was in religious studies. He was a convert to Catholicism and in fact was a Byzantine Ruthenian Catholic. He seemed to know more about Catholicism than anyone I had ever met. It is Chris who brought me to the University of Chicago to hear theology lectures. It was Chris who went with me to adoration. Chris will be going to Italy this summer to stay in a Benedictine monastery. I don’t know where his faith journey will take him. I do know that who ever gets him will be blessed. Chris was also one of my outreach partners. I hope Chris and I stay in contact for decades to come. 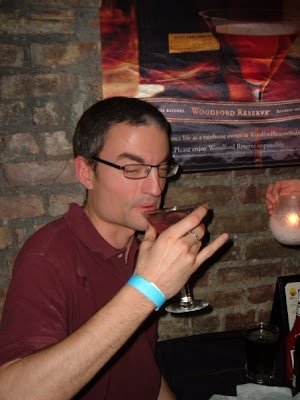 We had some structure at Kaio. We prayed together Sunday through Thursday nights. On Sunday nights we followed a structured modified Catholic service complete with candles and readings. On Tuesday night we had Kaio night. This included a shared meal, a discussion and prayers. At other times we spontaneously came together for concerns, to play or to just be with one another. We also spent time away from one another. Our privacy was respected.

This was my brief introduction into intentional living in a faith community. I was blessed with great people who were part of a ministry that complimented my Franciscan sensibilities. I doubt I will ever forget brothers Brandon and Chris and sister Nicole. They have found a special place in my heart.
Posted by Unknown at 7:46 PM

Thanks Carl, that was really nice. It's been nice getting to know you, and I look forward to hearing about more of your adventures.