Goodbye and Thank You Phoebe Snow 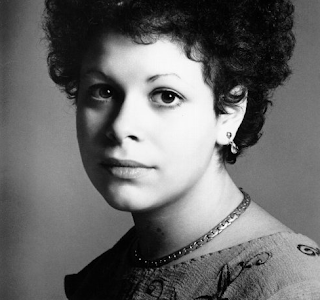 So with the death of Phoebe Snow we have lost not only a great voice but a great person. Here was a soulful voice, a woman of courage who had finally made it. With the release of “Poetry Man” she was on her way and then her life changed. Everyone‘s life changes but she made decisions that would have consequences for the remainder of her life. She was 24 and making some monumental decisions.

Phoebe became pregnant. When her daughter, Valerie Rose was born the baby suffered extreme brain damage. Phoebe was advised to have the child institutionalized and told the baby would only live three years. Phoebe would have none of it. She took her baby home and tended to her musical career as best she could.

That meant Phoebe toured when she could. It meant she took her magnificent voice and did background music for commercials. That meant she became a single mom of a special needs child and she did not regret it.

It is easy to talk about the dignity of all life, Phoebe actually lived those values. She actually would not have thought of it as a difficult thing to do. As she often stated, she was simply in love with her daughter. Her daughter had limited hearing, she was legally blind, and she could not talk. However, her daughter was able to use her body to communicate her wants, needs and feelings. Observers described Phoebe and Valerie Rose as having a very special relationship.

So Phoebe sang and toured the world. She made an appearance with a singer named Linda Ronstadt and they became fast friends. And Phoebe worked at her music. One day she noticed that her daughter liked opera so Phoebe began to sing opera. That may have been what kept her voice so pure over the decades.

Valeria Rose was only supposed to live three years. She lived to be 31. When she died she left a hole in Phoebe’s life. It was Linda Ronstadt who got Phoebe back out singing and back into life. Phoebe would dedicate each concert to her daughter but it was an act of thanksgiving and not an act of mourning. She knew how blessed she had been to have her time with her daughter.

Then at age 61 Phoebe left us. We were blessed to have Phoebe Snow in our lives. It is not simply her voice and her music that touches us. Lots of musicians can do that. It was the simple act of loving courageously and loving without end that demands our attention and our thanks. Good bye Phoebe and thank you for an art and a life so rare.
Posted by Unknown at 6:22 PM