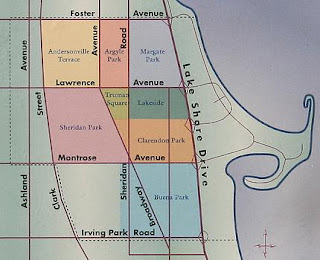 My time at Emmaus Ministries was highlighted by living with the members of the Kaio Co0mmunity. Kaio consists of interns who have completed their undergraduate degrees. The members are people who have responded to a call to serve the men of Emmaus. The interns receive room and board, a bus pass, health insurance and $20.00 a week spending money. In return the interns give a year of their lives. They work in the Ministry Center, outreach, the prison ministry and they do office work. They do the exotic such as meeting men on the streets in the early hours of the morning or attending unusual training. They do the mundane, cooking, washing floors, delivering food. However, they also live in community.

The Kaio Community is in the same building as Emmaus Ministries. This year the community consisted of five members not counting myself. Bethany Wilson was a strong-willed, goal directed young woman from Wisconsin. She was an anthropology major. Bethany did a mission trip to Africa. Emily Manting was a psychology major from Michigan. She was considering graduate school in social work. She was in love. She was a phenomenal outreach worker. Emily was also in charge of the prison ministry. Bethany was my worship partner. If I was going to Taize or to an ethnic church and Bethany had the time she was right next to me. Emily was my partner in exploring the city. Emily was a quiet adventurer but an adventurer never-the-less.

Whitney Merrill was a chemical dependency counselor from Indiana. She had spent two years in Mexico. She was my outreach partner. Whit was smart, funny and street smart. We did a training session together. I really enjoyed working with her. She called me “Carlos” and I liked it.

Nik Burkhart was a second year kaio Arts intern. The Art interns did everything everyone else did. However, they also had 40% of their time set aside to create urban art. Our apartment was full of Nik’s art. One night all of Kaio went to “Sacred Space” a local gallery to view Nik’s art. Many of the Kaio members also attended “Buy Art Not People” a fund raiser and consciousness raiser related to human trafficking. Nik was one of the main planners of the event. Nik was also from Michigan and had also served in a mission trip to Mexico.

Joshua Kent was the other Kaio Art member. He graduated in performance art from the Art Institute of Chicago. Josh was my roommate and my friend. He was also a workhorse. Josh performed in a play while I was there. The Kaio community was part of the audience. Josh submitted a play he wrote to a number of sites for possible production. At the time of this writing his play has been accepted and will be produced. Josh also worked with unusual materials. This included flowers from cemeteries. These were flowers that were about to be thrown away. Josh created a full-room piece that included thousands of flowers and foliage. It took the material of mourning and transformed it into life, celebration and rebirth. His installation of this peace was scheduled for the spring of 2011. Finally, Josh was the class act of the group. He could go to a resale shop and come out dressed fashionably; he was the gourmet cook and the decorator.

As an intentional faith community we prayed together. We trained together. We ate together. We hardly ever had the same schedules. At times our jobs required us to leave the city. So it was not unusual for only three of us to be at Kaio at a time. However, no matter how often we were together as an entire group we made time to do things together, to share meals and we celebrated whenever we were reunited.


Bethany and Joshua at Kaio

Kaio was a talented group. Besides the two artists many of them were musicians. Bethany played the keyboard and the violin. Whit played guitar as did Nik. Josh and Emily sang. I listened!

The community was ecumenical. Josh and I were Catholics. Nik had Mennonite roots. Bethany came from an Episcopal background. Whit and Emily were also Protestants. Each week we had “Kaio Night.” During that time one person would make a meal, another lead us in prayer and another lead us in a group activity. We also had a “Prayer Closet” This was a utility room that seconded as a place for prayer and meditation and not infrequently naps.

Near the end of my stay at Kaio they had planned a Christmas party. I found out that is was to also serve as a good bye party for me. I did not want that and tried to get the party canceled. They ignored me. That was good because they pulled off one of the best parties I have ever seen. Emily made these wonderful hand-made invitations. Bethany, Whitney and I deconstructed the tree so it could then be decorated. It was a long tedious project. The tree was beautiful and decorated with ornaments from Bethany’s childhood. Josh planned the meals. Bethany planned side projects such as a site for making small gingerbread houses. I thought that was the dumbest idea I have ever heard of, however, people really liked it. Everyone decorated the house. That included handmade paper chains hung from the ceiling, tin punctured candle luminaries, and ornaments. The place was turned into a holiday wonderland.

I was awake most of the night before the party. By 4 AM I was up and ready to be an extra in the movie “Contagion 2011.” I worked all day. By the time I got home I was exhausted. The party started, the party was packed with people. I however was exhausted so I went down to the M.C. and took a nap. That was a good idea because I was able to return refreshed and appreciate what a wonderful party the Kaio community had pulled off. The food was unique and fantastic. The guests were happy, the sights and sounds almost too perfect to be believed. And then in walked Luke Larson, I finally met Jim and Judy Larson’s son. Because of Jim I was at Emmaus. So we called Jim and Judy in Thailand and talked to them for a while. Who could have predicted that?

The members of the Kaio community were my friends and family for four months. They were a diverse group of young adults, dedicated people of faith who choose to give a year of their lives to serving the men of Emmaus Ministries. I had many wonderful and life changing experiences during my sabbatical in Chicago. None however equaled the blessing of living, working, praying and playing with the members of the Kaio Community.
Posted by Unknown at 8:28 AM