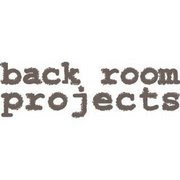 I had an opportunity to go back to Chicago. I needed to coordinate a presentation Doug and I were planning to give at the International Christian Alliance on Prostitution in May. While I was in Chicago I also walked down to Alternative and had a meeting about some training for a possible youth group in the Fort. It was a productive day. However, since I was already in Chicago I had a few perks I could not ignore. I stayed with the Kaio Community which was just wonderful. I attended the installation of my Kaio Roommate, Joshua Kent’s exhibit at Back Door Projects. Finally, on Sunday I attended the book launching party for John Green. That included time with Cardinal George. Clearly this was a great weekend.

I had my weekend all planned out. I would have my meeting with Doug and then Alternatives. I would go out to dinner with Bethany, do outreach with Emily and visit the Pilsen neighborhood with Whitney. Then I would go to Joshua’s installation and attend Nik’s church on Sundays. I planned on have some time with each member of Kaio. Well, that at least was the plan!

I did go out for dinner with Bethany and I did do outreach with Emily. I worked in the Ministry Center on Friday so that Whitney could help Josh with his installation. Then Saturday, instead of going to Pilsen and visiting the National Museum of Mexican Art with Whitney I again worked the Ministry Center. This allowed Nik, Emily, Bethany and Whitney to again work on the installation. I really did feel like that was my contribution to Josh and it made me happy to be able to help in this matter. So I spent Saturday cooking a Thanksgiving meal complete with 16 pound turkey, stuffing, mashed potatoes, gravy and cranberries. I got to spend time with the guys which is always wonderful.

Saturday night was the installation. Joshua has spent 12 hour days installing his exhibit. Each of the Kaio members helped. This was a big event. The exhibit was at Back Room Projects on Troy Street. Back Room Projects was the creation of Jennifer Hines, a local Chicago artist and curator. She used the back porch room of her house to highlight the work of a new artist each month. Joshua’s exhibit was titled, “I have sat and watched each second blossom into existence.”

The opening was very nice. Artists and supporters were there. We spent time drinking Spanish wines and discussing art. However, the focal point obviously was the installation. We would all wait and then enter, one person at a time, and spend quiet time in the room. The ceiling was covered with flowers from cemeteries. The flowers and foliage draped down the walls. The room was dark and quiet and there was a meditation stool available for those who wanted to meditate.

I was able to film in the room. However, lets be honest, I am not a film-maker. I am a guy who has an on and off button on a camcorder. I could not compensate for the dark room. Still, the video captured a glimpse of Joshua's dream.


I have sat and watched each second blossom into existence

Now the flowers were not from grave sites that were newly decorated. Josh did not violate anyone’s mourning. Josh went to cemeteries around the country and gathered artificial flowers that were being thrown away so that the grounds could be taken care of. Josh had been collecting these artifacts for ten years.


Climbing Up the Walls of the Installation

I was looking forward to the installation. Josh was my Kaio roommate. The art in our room was about death, dying, passing, having lived. It was not morbid, there was no decay, this was not teen-slasher art. Rather, his art reflected an existential approach to the world. Well, his installation continued this approach.

In the room were the flowers and foliage of grave sites from around the nation and from various time periods. Thousands of flowers were on the walls. They were hung not by 9 thousand ink dots as stated in my video but rather 3000 glue dots. While the artifacts were meant to mark a person’s sorrow and remembrance they had been transformed. Walking into the room was like walking into a rain forest. The room was lush, full of color and shadows and full of life. This was a room of hope and promise and a room that shared of promise of lives being remembered.


I have sat and watched each second blossom into existence: the installation

Doug was the first person I heard talking about lying on his back on the floor just looking up at the ceiling. During my second time in the room I made sure I did that. The canopy was powerful, it pulled you into it. It was like looking at a Jungian painting. Mandelas, sand and pollen circles, medicine circles, and galaxies all came to mind. The room, the installation felt both cosmic/universal and uniquely personal. However, that is not unlike the experience of death and dying and it is not unlike existential moments of clarity.


Lying on the Floor Looking Up at Joshua Kent's Creation

I loved the whole evening. I again got to met Luke Larson, always a special occasion for me. I spent time talking with Jennifer Hines. She told me about grief and mourning in California. She also told me about the history of art galleries in the Pilsen neighborhood. I got to watch Joshua, dressed dapper as usual, greet and interact with his admirers. It was a wonderful evening and I was glad I was able to be a part of it.
Posted by Unknown at 7:21 AM