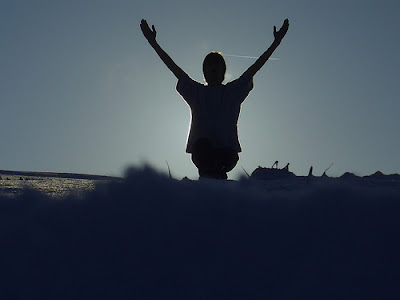 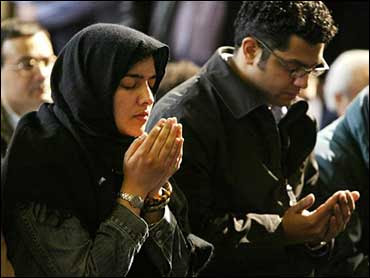 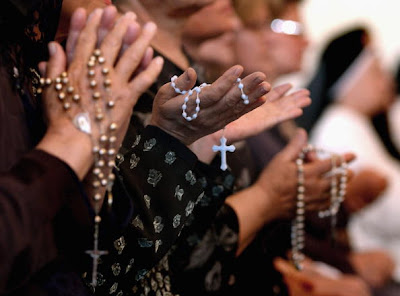 Prayer was an integral part of Workfest. We prayed during morning and evening devotions, before meals, upon arriving at our work site. Our St. Francis team discussed prayer before we left Fort Wayne. We decided that since Nora was in our group and because she was Muslim we would be sensitive to make sure she felt part of our team. For that reason when we prayed together as the USF team our prayers were always offered up to the Father. We figured that was the part of the Triune God that a fellow monotheist, a Muslim could pray to. We also knew we had to be sensitive to Nora’s time for her own prayers. At no point did we feel we were diminishing our devotion as Christians in prayer since we knew we would be praying in the name of Jesus multiple times a day and asking for the blessing of the Holy Spirit on a regular basis as part of the larger Workfest team.

My daughter gave me a wonderful Franciscan rosary for my birthday. It was my intention to pray it daily in my cabin. Well, I had two roommates this year. I did not want to appear overly pious nor make them uncomfortable. So I always put the rosary away when they entered the cabin. That was unnecessary. William P. Monahan, the guy who was on the lower bunk was here with his wife from the University of Florida. They were very active in St. Augustine parish. His Catholicism permeated his being. The other roommate was David Mott, Father David Mott, Father David Mott the Dominican friar from American University. This was the priest that celebrated the Mass with us. I think it would have been OK to pray my rosary in public without making my roomies feel uncomfortable!

I am teaching Marriage and Family counseling this term. We have covered Virginia Satir. I point out to my students her emphasis on becoming aware of your body in space and what your body is communicating to you. Well, we were a diverse group of people. We used space and our body in space differently as we prayed. Some held their hands together, some intertwined their fingers, and others bowed their heads while I saw others whose heads went back, their eyes skyward. Some raised their hands skyward and waved others raised both arms in praise and receptivity. Nora cupped her hands together, open to the sky, receptive to God’s blessing.

There are so many ways to be open, to be thankful to say “yes”. We prayed as large groups, small groups and as individuals. Occasionally I would bump into one of the schools that held their nightly reflections at the registration lodge. They were much more formal than us. They had readings, prayers, petitions and song. It was beautiful. I liked what they did, I like what we did.

It was a good week. It was a week that was anchored in prayer. It was a week of roots and branches and I have taken that home with me.
Posted by Unknown at 3:43 AM